Weather in Sardinia - the perfect climate for your holidays

The weather on Sardinia is typically Mediterranean with mild winters and hot summers with low precipitation. During the main travel season in July and August, air temperatures reach a monthly average of around 24°C with peak temperatures reaching as much as 40°C. The climate in spring and autumn is warm and generally

During summer Sardinia has a virtual sunshine guarantee . The southern coast counts on average no more than three rainy days between June and August. The water temperature at Sardinia's beaches is warm all year.

All year around Sardinia has a high degree of days with sunshine . In the north of the island an average of 296 sunny days is counted while Cagliari in the south reaches 303 days. During high season in July and August Sardinia has a virtual sunshine guarantee with 30 days of up to eleven hours of sunshine.

Accordingly the probability of precipitation is generally low. In all three summer month only seven rainy days are counted in Olbia in the north, while Cagliari has no more than three days with rain.

Temperatures on Sardinia ’s coastlines can reach 25°C as early as March. An average maximum temperature of 23°C is reached in Olbia in the month of May. The average temperature in Alghero and Cagliari is about 1°C below that.

In July and August temperature peaks of 40°C can be reached on all of Sardinia’s Coasts. Especially in the northeast they can be cooled down by breezes from the sea.

The water temperature at Sardinia’s famous beaches is warm all year. Average temperatures climb from 19°C in May to a comfortable 22°C in June and will stay between 23°C and 25°C until October. The water is generally about one degree warmer on Sardinia’s South Coast.

The best season for holidays to Sardinia

The warm climate makes Sardinia perfect for a relaxing holiday during most of the year. While some tourist resorts at the Costa Smeralda may be closed outside the summer season other parts of the islands make up for this with their beautiful nature and an authentic atmosphere . Sardinia's vastness of cultural sights and a bathing season extending into October make the island always worth a visit.

Information about the weather on Sardinia and current forecasts can be found on the Weather Channel's homepage. 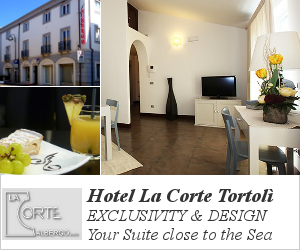 The airport of Olbia is the most important airport in northern Sardinia and a major gateway for all...

Cagliari’s airport is a major gateway for all journeys to the South of Sardinia. The island’s...

Holidays in Alghero - Best Deals and...

Alghero is a famous holiday destination on the western coast of Sardinia. The City at the ‘Coral...

Olbia is situated in the north of Sardinia. Its international airport and ferry terminal make it...